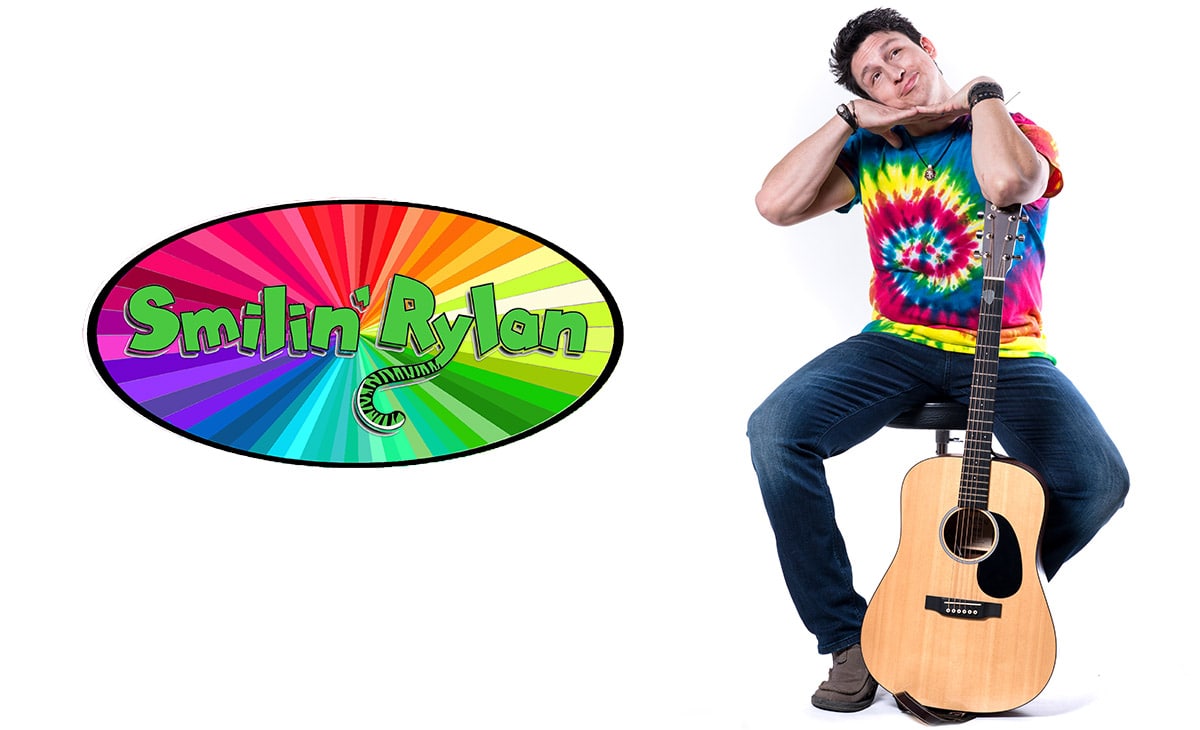 Smilin’ Rylan writes and performs catchy, fun and honest children’s music in every style imaginable – loved by kids, supported by teachers and approved by parents.  His live performances are described as “Enthusiastic, entertaining and energetic!”  With a background in education, Smilin’ Rylan brings together universal themes, important lessons and great music in what’s been called “A winning formula!”

Smilin’ Rylan grew up in a town called Hay River way up in the Northwest Territories, but now lives in Banff, Alberta. He plays all kinds of instruments, and even graduated university with degrees in Music and Education. Smilin’ Rylan’s been working and playing with kids for many years. In fact, in addition to performing children’s music full time, he coaches several sports and is a fine arts & phys-ed teacher to kids in almost every grade. Nowadays you can catch Smiln’ Rylan performing for kids and families all over the world!